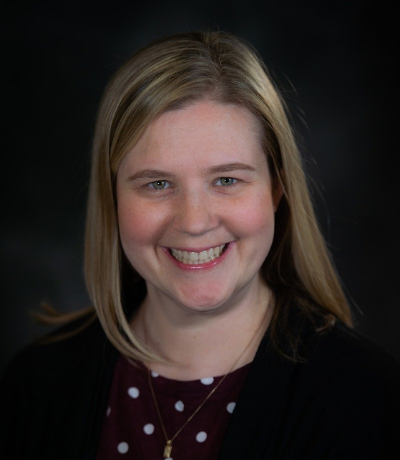 Dr. Kendra Westerhaus, earned her doctorate in clinical psychology in 2012 from Idaho State University and was licensed the following year. She specializes in providing therapy and assessments for children and adolescents. Prior to working for Health West, Kendra spent six years in private practice at a local mental health clinic.

Dr. Westerhaus chose the field of psychology because she enjoys helping people become the best versions of themselves that they can be. Because children are still malleable, that is where Kendra believes she can make the biggest difference. Dr. Westerhaus is a past president of the Idaho Psychological Association and is an active member of the American Psychological Association.

Dr. Westerhaus was born in State College, Pennsylvania, and attended undergraduate school in Cleveland before moving to Pocatello in 2005 to work on a Ph.D. in clinical psychology at ISU. She has traveled extensively, including throughout the United States and Europe. She also visited Thailand a few years ago, where she took classes on Thai cooking. In her spare time, Dr. Westerhaus enjoys spending time with her family, singing in a community choir, crafts, and enjoying Idaho’s great outdoors